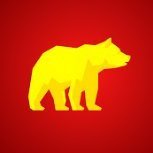 PLEASE READ:
- This is a very rough and early version of the mod.
- The flight physics still need work and I'll be adding a lot more to the mod as time goes on.
- Do not reupload this mod or any parts of it without my permission.


ABOUT
- This mod introduces some basic flight mechanics to Teardown. It has a few planes like the A-10 Thunderbolt, Mig29, Spitfire and a Bombardier Jet. The planes have weapons like machine guns (mg), explosive mg (emg) and unguided-missiles. I will be adding more planes and weapons in the future.


ADDING PLANES TO YOUR MAP
- To add planes to your map, go to the Flying Planes Script folder. In that folder you will find the "Custom Instlall" folder.
- Add the plane vox files to your map's "main" folder, add the xml <Vehicle> plane tags to your map's "main.xml" file.
- Enable the script, start your map and enjoy 🙂


FUTURE UPDATES
- I plan to add things like missions and enemy plane AI later on.
- I'll also be releasing planes in groups with things such as WW2 planes, Modern Warfare, Airliners and so on. Each major release will hopefully have it's own mission along with improvements to all aspects of the mod (better physics, hud, weapons).
- Planes will get destroyed realistically, so if a wing falls off, lift is reduced and the plane spins out of control. If the rudder breaks, reduced yaw, and so on. If the engine breaks, reduced thrust and so on.


HOW TO FLY
- The plane controls are closer to a flight simulator than something like war thunder (I will try to add WT like flight style too)
- Taking off: Set the throttle to 100% and gain lots of speed. Tilt the nose slightly up and let the plane climb.
- The speed will increase until it matches the throttle amount. Example, 50% throttle will make the plane increase speed until 50% max speed.
- Flying fast or too slow will make it harder to steer.
- The plane can be steered with both mouse and keys


Q&A
- Why do the boats disappear when they die? Because the body of water is huge and a floating boat creates a huge performance hit, so i just move them off map once they die
- Customization? As of right now there aren't any customization options but I plan to add things like custom xml plane setup, physics properties (lift, top speed, handling) and plane weapon presets like interceptor, bomber and so on.


CREDITS
- Thanks to Rafale for creating the cockpits and improving the exterior of the planes (paintjobs, weapons, fine details)

If you have any suggestions for the mod, I'd be glad to hear them. You can leave them in the comments or message me in the official teardown discord.

Thanks for checking out my mod. I make these mods for all of you awesome people and I really hope you enjoy them 🙂

I have disabled AdBlocker. Refresh the page.